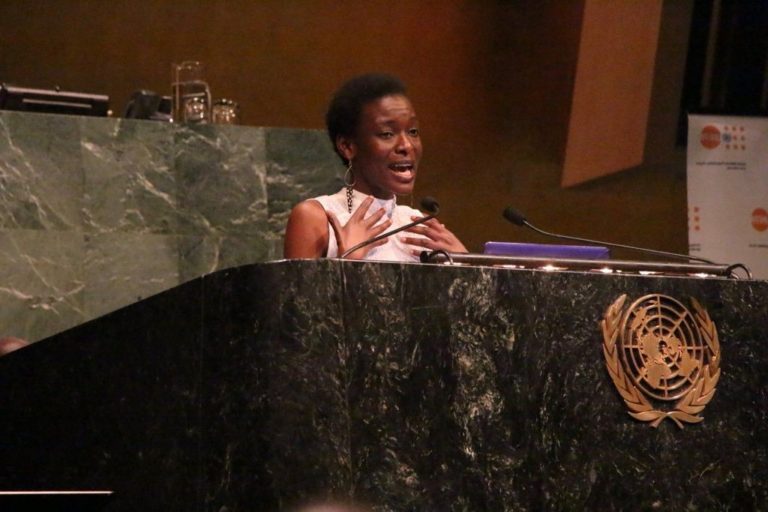 On March 16th, 2016, Sheilla Akwara founder of Jenga Africa gave a speech to a crowd of hundreds at the iconic General Assembly in NY.

This event held at the secretariat building in New York was attended by ministers, secretaries of state and participating celebrities, during a Commission on the Status of Women(CSW), ‘The Times is Now! Let’s end harmful practices against girls and women by 2030’’, hosted by UNFPA.